A Community from Nature Portfolio
Contributor
On the Road

Cognitive enhancers are now no fiction, but their use is plagued with ethical dilemmas.
Mehak Khan
Neuroscience student, Harvard University
Follow
Like Liked by Martin Delahunty and 4 others
2

Science fiction, every now and then, reveals itself to be an ominous predictor of the future. A few decades ago, the plot of super-smart humans using technology to exhibit extraordinary mental faculties would have been confined to pure imagination. Today, however, the option of enhancing the human brain beyond its natural capabilities is no fiction. Humans may soon be able improve their abilities to learn, recall memories, control emotions, concentrate, be creative, carry out motor actions, and even solve complex problems.

To date, treatment of neurological and psychiatric disease has relied heavily on brain stimulation techniques and pharmacological intervention to improve the mental function of patients. Now, the relatively young concept of “neuroenhancement” aims to employ these same treatment methods to bolster the cognitive abilities of normal, healthy people.

Sculpting the brain to create super-smart humans would no doubt have radical effects on the ways we live. Yet, the physiological, medical, and socio-economic consequences of neuroenhancement indicate that the topic is plagued with serious ethical dilemmas.

How to “neuroenhance” the brain

The primary mechanisms of neuroenhancement include electromagnetic stimulation of specific brain regions and pharmacological drug intake. Both of these methods dominate current treatments for a wide range of neurological diseases and disorders, such as epilepsy or ADHD. For example, transcranial direct current stimulation (tDCS), which is used in stroke and clinical depression treatments, modifies the electrochemical sensitivity of neurons, rendering them more or less active in response to stimuli. Given its non-invasive procedural simplicity, tDCS may potentially be applied to healthy people in effort to amplify their normal cognitive abilities.

Martha Farah, a neuroethicist and director of the Center for Cognitive Neuroscience at the University of Pennsylvania, described to Nature that the experimental results marking improvements in working memory, word associations, and complex problem-solving “are big enough that they would definitely have real-world consequences” in the everyday functioning of humans. Already compelling by itself, neurostimulation may nonetheless be coupled with pharmacological intervention to yield even more formidable results.

For psychiatric patients, drug consumption to improve mental functioning is a burdensome, quotidian reality, but for those with healthy minds, these prescription drugs may be voluntarily taken to bolster certain cognitive functions. For instance, ADHD patients consume amphetamine (Adderall) and methylphenidate (Ritalin) to increase dopamine levels in the prefrontal cortex of the brain to stimulate alertness, wakefulness, initiative, and self-confidence. 7 to 25 per cent of healthy college students use these same drugs as a method of neuroenhancement to boost their own cognitive functions. Even beyond ADHD medications, there is still a vast emporium of drugs that can affect cognitive functioning. Modafinil, found in Provigil, is used to treat the abnormally excessive sleepiness characteristic of narcolepsy as well as the fatigue brought on by cancer and multiple sclerosis. Some people utilise modafinil’s stimulation of acetylcholine and noradrenaline to suppress jetlag, improve memory, and enhance executive functions such as judgment, risk perception, and situation awareness. Militaries are particularly interested in such drugs that could potentially make soldiers more alert, faster to learn and react, and more prone to obedience, which is why it is not surprising that many of the key innovations in neuroenhancement research are actually being funded by the U.S. military.

Probably the most concerning effect of neuroenhancement is the potential for addiction. Processes such as learning and memory are so profoundly aligned with the mechanisms implicated in developing addictive behavior that alterations in these systems will almost inevitably guarantee sizeable addiction risks for neuroenhancement methods. The psychological and physiological implications of this type of dependence are not unlike those experienced by psychoactive drug users, since essentially the same brain regions are subject to alteration. “Intellectual highs” might sound constructive, but don’t come without expense: potential addiction, dependence, and withdrawal. The key question is this: how extensively can we alter our cognitive and mental functioning without irreversibly harming ourselves?

Our brains are incredibly intricate pieces of biological design, in which each neuronal network perhaps connects to hundreds of others. The idea of altering the neurochemistry and electrical firings in a specific region will perhaps necessarily correspond to changes in function of connected regions. With neuroenhancement, we still don’t know how child development, including the ability to independently define oneself and cope with challenges, is affected. Take ADHD medications again as an example. In non-ADHD individuals, these drugs do indeed boost concentration and focus, but side effects often include nervousness, insomnia, palpitations, and withdrawal. For the sake of improving one’s cognitive function, should a broad host of negative physical and mental problems be accepted? According to the overarching goal of medical sciences, which is to treat malady and reduce physical or mental suffering, the answer is clearly no (Jeffrey 2009). Without assertive research delineating the exact limits and potential side effects of neuroenhancement methods, the medical community cannot promote neuroenhancement while at the same time honoring its sacrosanct mantra to “first, do no harm”.

A quixotic imagination of neuroenhancement sees the future filled with incredibly efficient humans who regularly announce scientific discoveries, produce enthralling works of art, and perform computer-like intellectual feats. Realistically, however, to resolve the involved ethical dilemmas a more guarded approach considering the socio-economic consequences of neuroenhancement is needed. To begin with, controlled electromagnetic stimulation to the brain or prescriptions for specialised pharmaceuticals will not be a financial possibility for many people. The remarkable specialisation of neuroenhancement techniques is unlikely to decrease these expenses even if they become widely used.

For another procedure such as cosmetic surgery, the high costs render the benefits of the service virtually inaccessible for the poor: cosmetic surgery is costly and thus exclusive to certain socio-economic groups. But those who receive cosmetic surgery and those who do not still have the same intrinsically human intellectual capacity to advance and live their lives. Neuroenhancement, on the contrary, changes that inborn capacity. Those who can afford neuroenhancement will able to strengthen their cognitive abilities for the key challenges in life, such as college entry exams or job interviews. Thus, in effect, the expenses of neuroenhancement would “make the rich smarter” while leaving financially strained groups stuck with plain old minds. The creation of a society bifurcated into a poor, “normal-minded” sector (which may ultimately come to be seen as inferior) and a rich, super-intelligent sector seeing accelerating success is morally problematic, and mitigating such severe inequality should be a consideration.

Enhancing the brain: a final verdict

Without doubt, neuroenhancement comes in seductive packaging. The idea of potentially amplifying human cognitive abilities seems to accelerate the rate at which our society is advancing. Yet neuroenhancement will not be equally accessible for all components of society, the side effects of altering our brains are largely unidentified, and the potential for addiction is high. At present, the negative socio-economic and physiological consequences of neuroenhancement outweigh the prospect of having stronger minds.

Humans will always retain the capacity to change their brains; no electromagnetic or chemical stimulation is needed to achieve this built-in plasticity. We employ this plasticity every day when we practice certain tasks or learn new materials. For normal, healthy brains, taking advantage of this feature allows us to reap many of the benefits of neuroenhancement without facing any of the ethical dilemmas involved.

Chambers, Chris. “Neuro-enhancement in the military: Far-fetched or an Inevitable Future?” The Guardian. Guardian News and Media Limited, 2013. Web.

Alan Woodruff
about 6 years ago
Thanks for this Mehak, it was an interesting read, particularly your point about the possibility for addiction - I'd never thought of that. How widespread do you think this would be? Although the basic plasticity mechanisms behind learning and addiction are probably very similar, am I right in thinking that a lot of learning doesn't utilise the addiction circuitry, or have dopamine reward as a significant component? In any case, there's no doubt neuroenhancement is a big deal with big ethical implications. Right now, with something like tDCS being so easily applicable at home, the lack of regulation (and knowledge of what it's even doing to the brain) is a major safety issue. Although I think the enhancement effects are small or very circumscribed right now, they probably won't stay that way. That could tilt the scales more in favour of the technologies, balancing out (to some extent) all the negatives you correctly identify. Smart people - researchers, ethicists, the public, regulatory bodies - need to be thinking about how to regulate all these technologies, which are only going to become more powerful and accessible in the coming years. It'd be interesting to know what the community thinks of neuroenhancement. A Pew study from last year, specific to brain chip implants (so more invasive than something like tDCS) showed people were generally more worried than excited about the technology: http://www.pewinternet.org/2016/07/26/public-opinion-on-the-future-use-of-brain-implants/ A fascinating field with a LOT of unanswered questions.

Mehak Khan
about 6 years ago
Hi Alan, thanks for your comment. It certainly is a fascinating field with intriguing implications. As far as understanding the possibility for addiction, it helps to think back to the basic neurobiology of associative learning: Consuming rewards (whether food, social/intellectual validation, psychoactive drugs, or “neuro-enhancing” drugs) induces learning mechanisms that instill our liking for the rewarding goal. We attribute values and motivational states to that reward, and we associatively learn to predict how and when to consume the reward. As long as the rewards gained from “neuroenhanced performances” are strong (and positive) enough, I think the basic neurobiology of associative learning could plausibly lead to interactions with addiction circuitry and dopaminergic pathways. Wow, these statistics in your link are very interesting! Thanks for sharing. There seem to be lot of tie-ins with religion as well. I am sure that the public will be thinking about these issues even more in the coming decades as we develop new technology and drugs. For that reason, now would perhaps be an ideal time to come up with an ethically sound foundation for how to proceed with neuroenhancement.

It's essential, but why do we need to sleep? 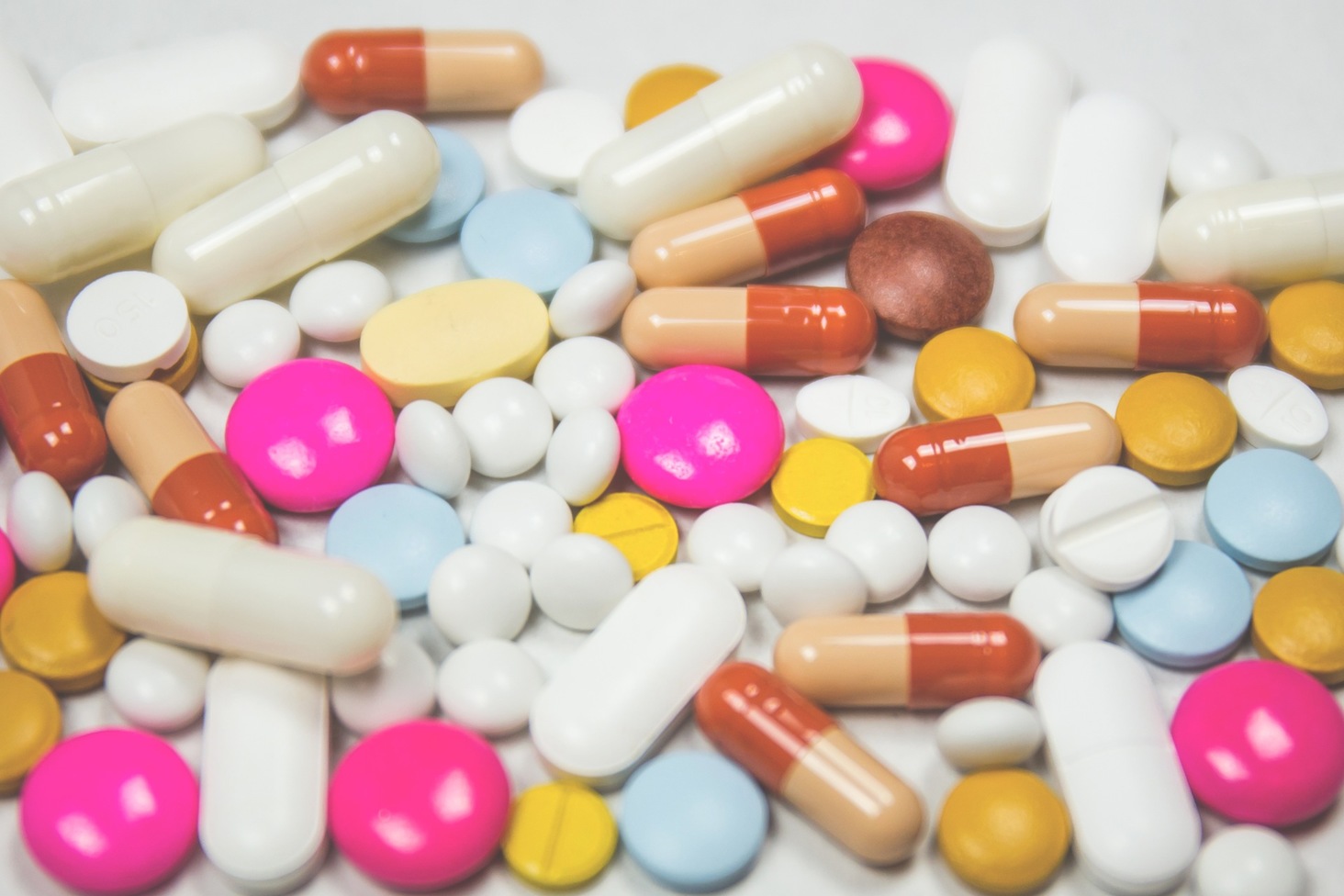 Cognitive enhancers are now no fiction, but their use is plagued with ethical dilemmas.