A Community from Nature Portfolio
Contributor
Education, Brain, On the Road

The myth of learning styles

In March, an open letter in the Guardian, led by Professor Bruce Hood, aimed to raise awareness of the myth of learning styles. Learning styles refers to the idea that individuals have preferences for learning in certain domains (auditory or visual for example), and learn better when information is presented in their preferred domain. A summary of the (lack of) evidence for this approach can be found on the Centre for Educational Neuroscience website, in the centre's series on neuromyths.

The open letter sparked debate in The Psychologist magazine, when Professor Rita Jordan responded. Jordan questioned the evidence presented, championed an individualised approach to education, and suggested that giving lectures to teachers about the myth was not helpful. Hood, on behalf of all co-signatories, responded in turn, emphasising that the original letter referred to a general educational approach, and arguing that giving talks to teachers might help them to recognise pseudoscience.

I decided to write to The Psychologist too. Firstly, I wanted to make clear that those of us who argue against learning styles are not calling for a depersonalised approach to education. There may be some important negative effects of teaching according to learning styles: that students do not get to practice other ways of learning, and that they may miss out on material that is better learnt another way. Surely educators should be challenging pupils to improve in all domains. Arguing against learning styles is therefore not arguing against the notion of individualisation, rather it is arguing against the use of this specific approach which may be detrimental.

I also wanted to advocate for increased discussion between researchers and teachers. Scientists giving lectures to educators is one way in which knowledge can be exchanged, but of course there are other approaches too. Collaborations between teachers and researchers are increasingly common, and anything that encourages communication between both groups is to be commended and encouraged.

Finally, it's important to remember that the adoption of learning styles is not cost-free. Schools pay out large sums of money to have someone tell them how to utilise this approach in their classrooms. Given the lack of money in schools, this could certainly be spent better elsewhere. As the original open letter argued: "any activity that draws upon resources of time and money that could be better directed to evidence-based practices is costly and should be exposed and rejected".

Judith H. Van Alstyne
over 5 years ago
Thank you for highlighting the open letter to The Guardian about the myth of learning styles. I’m glad to see the issue addressed and I appreciate your emphasis that arguing against the learning styles approach is not arguing against individualization. I would like to emphasize that while each person may not have an optimal mode for learning, neither should we assume that there is an optimal mode for any given content. There are reasons to avoid monomodal or unisensory methods, when possible, in favor of multimodal learning. Multimodal learning involves the incorporation of two or more sign-systems (not necessarily, but often multisensory) which encode meaning. Especially if one supports embodied cognition, it seems logical that “multisensory-training protocols, as opposed to unisensory protocols, can better approximate natural settings and, therefore, produce greater and more efficient learning” (Shams & Seitz, 2008, p. 411). Thankfully, there are studies which are providing evidence that multimodal learning is indeed beneficial. I would recommend the work of Heikkilä and Tiippana (2016), who studied school-aged children and concluded that “when a stimulus is presented together with its congruent counterpart from the other sensory modality during encoding, recognition memory performance is improved” (p. 1206). So we need not abandon our differentiated teaching methods, just make as many modes as possible available to everyone. Heikkilä, J., & Tiippana, K. (2016). School-aged children can benefit from audiovisual semantic congruency during memory encoding. Experimental brain research, 234(5), 1199-1207. Shams, L., & Seitz, A. R. (2008). Benefits of multisensory learning. Trends in cognitive sciences, 12(11), 411-417.

How the brain works

Researchers and teachers discuss the science of learning

The academic disadvantage of being born in the summer

Do our genes determine learning ability? 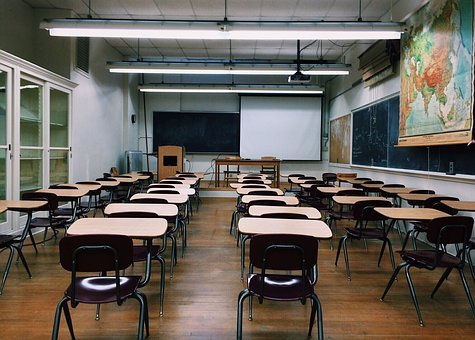 The myth of learning styles