Student conceptual thinking about physics – how you think matters

What can brain imaging tell us about how students solve physics problems?
Jessica Bartley
Postdoctoral Associate, Florida International University
Follow
Like Liked by Warren Raye and 3 others
0

Recent initiatives across the globe have sought to improve how we teach science, technology, engineering and mathematics (STEM) in schools. Traditional teaching methods, where students typically spend class listening to a professor explain material, may not be effective for optimal learning. Students often exit these classes while still holding on to highly intuitive but scientifically incorrect ideas such as “seasons are caused from Earth’s distance away from the Sun” (they’re not), “blood is blue when its inside our veins” (it’s not), and “there’s no gravity in outer space” (there is). Persistent confusions such as these indicate students may not fully understand the science we ask them to learn. As teachers, it’s up to us to find more effective ways to help students overcome barriers to learning. In our recent npj Science of Learning article, “Brain activity links performance in science reasoning with conceptual approach”, Drs. Jessica Bartley, Angela Laird, Eric Brewe and collaborators at Florida International University used neuroimaging to understand how student’s approach to solving problems – including how they engage common misconceptions – may impact how they learn science, and we explored the lessons STEM teachers might take away from these insights.

In our study, we recruited and enrolled 107 Florida International University undergraduate students who had completed a semester of introductory calculus-based physics. We recorded students’ brain activity while they solved multiple-choice physics problems from inside a functional magnetic resonance imaging (fMRI) scanner. This allowed us to observe the parts of their brains that were active while the students completed successive steps of conceptual problem solving, and assess how their answers linked to these different patterns of brain activity. The problems were taken from a widely-used test called the Force Concept Inventory that probes for prevalent incorrect physics conceptions. The questions presented different physical scenarios and asked students to choose between a correct solution and several reasonable alternatives that portrayed commonly held incorrect ideas about force and motion. With this approach, we assessed if and how a student’s brain activity differed, based on the correct and incorrect answers they chose.

We found that similar brain regions were used across all students to solve conceptual physics problems. These regions are known as the brain’s central executive network (CEN), which is a constellation of brain areas typically responsible for cognitive functions including reasoning, decision-making, attention, learning, and memory. In addition, different brain activity patterns were observed at different stages of problem solving. CEN activity supported how students initiated these problems, but shifts were observed during the middle and end of the problem solving process. These later networks were consistent with brain regions that are known to respond to increased attention-related demands and are normally used when people remember past events. These findings suggested, somewhat unsurprisingly, that students may draw on their own memories of physical processes to inform the answers that make most sense to them during reasoning.

To explore the role of the students’ conceptual approaches during problem solving, we examined how students responded to the multiple-choice questions and assessed their corresponding brain activity patterns. First, we tested if simply answering questions correctly vs. incorrectly showed any difference in brain activity. Next, we applied network science techniques to identify student sub-groups that answered using similar physics conceptions – that is, students who were similar physics thinkers. Finally, we compared the brain activity of these sub-groups of students who thought in incorrect but similar ways and assessed brain activity patterns based on how they approached the problems.

What we found was that there was no brain activity linked to simply being correct or incorrect while students solved the physics problems. Rather than accuracy, our results indicated that student conceptual logic is important for understanding the learning process. When students held more coherent ideas about physics, even if those ideas were not correct, similar brain areas were activated across the CEN. On the other hand, when students used less coherent ideas – ideas that were less consistent across each question answered – they used brain areas that were more associated with vision and detecting pertinent information from the external world. This suggests that students who are unsure about how to think about problems may spend more time trying to find the important parts of a problem and less time actually reasoning towards a solution. At the same time, students who think they know how to solve problems (even if they aren’t correct) may use processes comparable to those that solve problems correctly.

These findings suggest that how a student processes a concept is important to how they learn, or fail to learn, physics. An instructional focus on accuracy alone, over-simplifies the complex processes engaged during physics reasoning. Instead of asking students to simply pay attention to what teachers say, we should also ask teachers to listen to student feedback. When students use incorrect but coherent ideas, they still engage in making sense of a problem. A teaching approach that simply tries to replace a student’s robust but incorrect ideas by explaining the correct ones is not very effective. Rather, teachers might experience more success if they identify the reasonable aspects of a student’s thinking while problem solving. Using these existing ideas as resources may support both students and teachers while they build the correct ideas desired to assist successful learning. Teaching is like a conversation. Let’s invite students to have a place in it.

News and Opinion, From the Editors 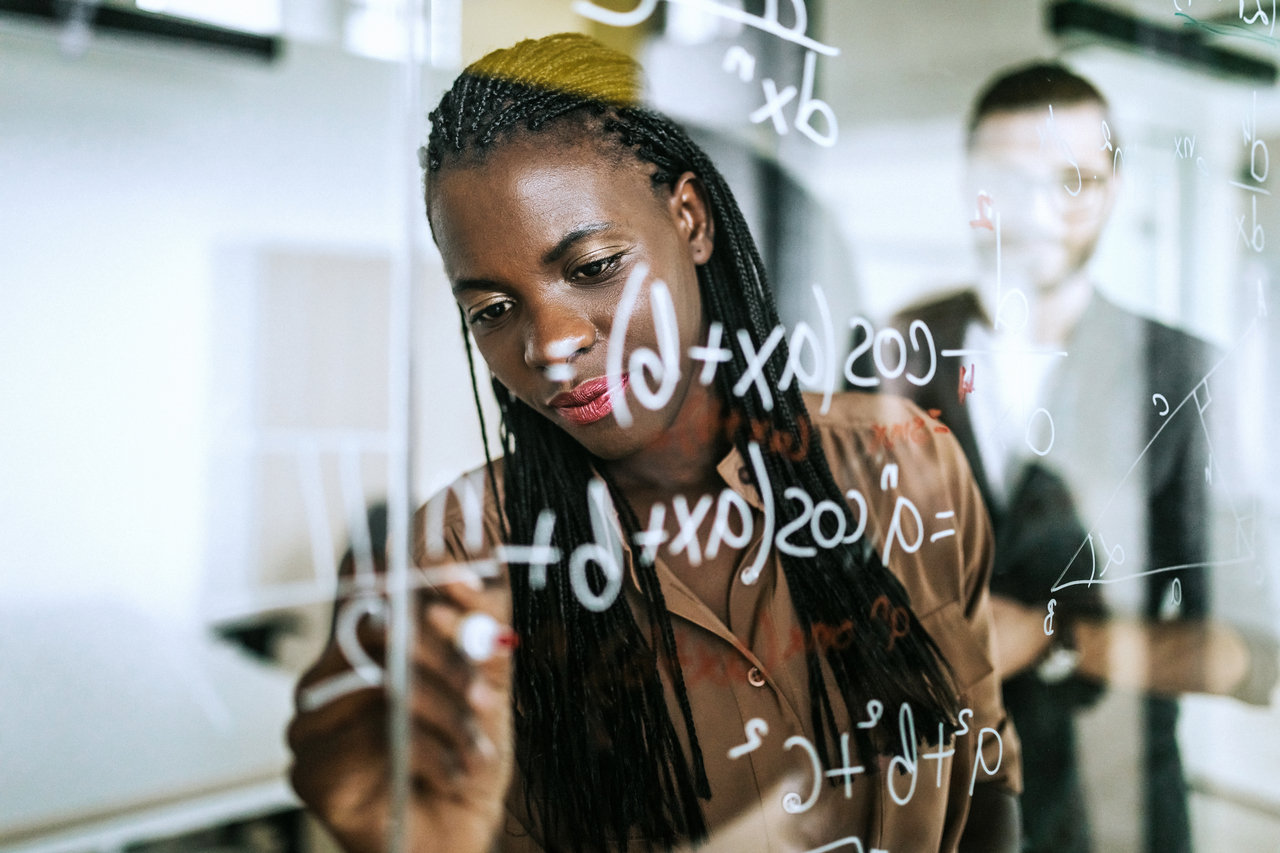 Student conceptual thinking about physics – how you think matters

What can brain imaging tell us about how students solve physics problems?