In “A Molecule Away from Madness,” Sara Manning Peskin explores the mysteries of neurological diseases. Book Review by Elizabeth Landau via Undark Magazine.
Gabrielle Ahern
Content Creator / Former Managing Editor, npj Science of Learning Community , Salty Wave
Follow
Like Be the first to like this
0

My grandmother was in the advanced stages of Alzheimer’s disease when she died in 2007, not long after I graduated from journalism school. As a budding health reporter, I tried to learn everything I could about Alzheimer’s and wrote about new research on preventions and treatments that everyone wanted to believe had potential. It is demoralizing and infuriating to think about how, nearly 15 years later, no breakthrough cure or proven prevention strategy has panned out.

But neurologist Sara Manning Peskin argues in “A Molecule Away from Madness: Tales of the Hijacked Brain” that we could be on the brink of a revolution in confronting diseases like this because scientists have a better handle on how molecules work in the brain. Molecular research has transformed our understanding and treatment of cancer in recent years, and now it is beginning to do the same for brain diseases. In fact, it has already been key to solving several mysteries of why seemingly healthy people appear to suddenly fall into a mental inferno.

While the shadow of Alzheimer’s looms over the book, representing an intractable condition that Peskin routinely confronts in her clinical practice, “A Molecule Away from Madness” is a fascinating tour of different kinds of ways that the brain can lead to the breakdown of mental life. The book is organized according to how different molecules interact with our brains to wreak havoc — Peskin calls them “mutants, rebels, invaders, and evaders.” Some have helped scientists solve longstanding puzzles, while others, like the molecules associated with Alzheimer’s, continue to leave millions of people waiting for a cure.

Peskin delivers sensitive and detailed profiles of patients, doctors who aren’t taken seriously by their peers, and collaborations of researchers who defy skepticism to come up with much-needed answers. The most compelling chapters introduce us to a patient with a mysterious illness, then take us back in time to meet the pioneering scientists and doctors who worked to understand the origins of the relevant disease. “Sometimes outlandish, often criticized, and forever devoted to their art, these scientists and doctors have brought cognitive neurology to where we stand today: on the precipice of a molecular breakthrough,” Peskin writes.

The mutants of the book have to do with DNA sequences gone wrong. In one case, we encounter a young woman Peskin calls Amelia (all patient names in the book have been changed) in a clinic waiting room, about to find out if she is destined to develop Huntington’s disease, a genetic disorder that results in loss of control of movement and impaired intellectual abilities. Before Amelia’s mother died of the condition, she “had become irrational, demented, and exhausted from unintentional movements that made her limbs look like they were infused with a fluctuating electric current,” Peskin writes. By contrast, Amelia throws herself into activities that involve exact body movements, and has become an expert in aerial performance.

But no amount of rigorous physical training can stave off genetic fate. In the Huntington’s gene, the number of DNA nucleotides that spell out CAG are the key indicator. More than 40 repeats signal that the disease will take hold; fewer than 35 repeats signifies safety, and in between is a gray area. Sadly, Amelia learns that she has the Huntington’s mutation — but Peskin ends on a hopeful note: At least one treatment is in development, which may ensure that Amelia does not suffer the same fate as her mother.

The rebels of the book are proteins behaving badly, such as prions — infectious proteins that cause the body to weaponize normal proteins into something dangerous. The discovery of this process came about partly because of a disease called kuru that was found among the Fore people in Papua New Guinea in the 1950s. Kuru is now extinct, but it led to the insight that certain proteins can infect people and lead to neurodegenerative disorders like mad cow disease. Some researchers believe — though this is controversial — that Alzheimer’s and Parkinson's diseases could also be related to prions.

Then there are the invaders, smaller molecules that are generally toxins and drugs made outside the body but that create destruction within. One riveting account involves the element mercury, which “tricks the nervous system into sabotaging itself.” In antiquity, some believed mercury was, in Peskin’s words, an “antidote to mortality” — as did the first Qin dynasty emperor, whose rule ended in 210 BCE when he died at age 49 of probable mercury toxicity, according to historians.

For millennia afterward, mercury still held its status as a medical wonder — for example, in the 1800s, she writes, “doctors at the time believed mercury purged the body of toxins by inducing voluminous diarrhea.” She recounts a historian's quest to prove that Abraham Lincoln took mercury-based medication called blue mass — possibly for constipation and depression. Though still ambiguous, some still think that mercury may have caused the president’s “moments of uncontrolled wrath,” and he stopped taking it early in his presidency.

Finally, there are the evaders, and they are our friends — “we depend on having them around and we suffer when they are missing,” Peskin writes. For example, a patient she calls Lisa starts creating false memories, and a litany of scans and other diagnostic tests cannot find the source. When her husband mentions her alcoholism, a doctor realizes the connection between Lisa and a vitamin deficiency identified nearly 150 years earlier in a different context: Dutch troops in Java eating white rice, and chickens fed their leftovers. The magic vitamin they were all missing is thiamine, also known as vitamin B1, which “protects us from dangerous forms of oxygen that would otherwise decimate our brain cells." Heavy drinking, it turns out, can decrease the gut’s ability to absorb thiamine. But why this causes damage to memory, and only in some people, remains a mystery.

Researchers will go to great lengths to prove that they are right, sometimes even experimenting on themselves. One memorable chapter about another evader takes place in the early 20th century in the American Southeast. Around 3 million people came down with a mysterious illness called pellagra in about a 35-year period, and no one knew why until a doctor, Joseph Goldberger, figured out in the 1910s that dietary changes could eradicate the disease.

Unfortunately, his methods were controversial and the scientific establishment did not believe his initial findings. In order to prove that pellagra was due to diet and not a transmissible disease, he, his wife, and other volunteers ingested or got injected with blood, urine, skin flakes, and other excretions from pellagra patients. None of them developed pellagra, proving that bodily fluids could not infect anyone with the disease. While he did not live to learn the specific molecule responsible, Goldberger’s insight that people were sick because of a vitamin deficiency led to its eventual discovery and fortification in flour. That missing vitamin was nicotinic acid, later known as niacin, and it helps us evade pellagra.

As for Alzheimer’s, Peskin files it under “DNA mutants.” While many cases have not been linked to any particular gene, a highly genetic form of the disease found in the Antioquia region of Colombia is key to some promising cutting-edge research. The research began in 1984 with a doctor named Francisco Lopera, who, as a neurology resident in Medellín, had a patient in his mid-40s who showed symptoms of Alzheimer’s disease. As it turned out, the patient’s father and grandfather also showed memory loss symptoms before age 50 — as did many others in the community. Locals called the malady “la bobera de la familia,” meaning “the idiocy of the family.” Lopera traced the condition back to a couple of European descents born in Medellín in the 1700s, representing the likely ancestors of tens of thousands of people.

With such a strong genetic connection, this community represents a unique opportunity to understand early-onset Alzheimer’s. By studying this group, Lopera, in collaboration with neurologist Kenneth Kosik, has linked la bobera to a single molecule, a DNA mutation in a gene called presenilin 1. This year, Peskin writes, they expect to release the results of a clinical trial in the Colombian community of a drug that “causes plaques to change from an insoluble clump to a soluble form that immune cells can mop up and dispose of.”

It could be many years before any real breakthroughs happen for Alzheimer's patients and those predisposed to dementia. But Peskin maintains hope: “In 25 years, if all goes well, we will look back on the dark days when dementia still meant an irreversible march toward the erasure of mind. We will tell the story of how we used molecular science to save hundreds of thousands of brains from wilting into nonexistence — and the people we rescued will be there with us, retelling the tale.”

Elizabeth Landau is a science journalist and communicator living in Washington, D.C. She has contributed to The New York Times, The Washington Post, Quanta Magazine, Smithsonian, and Wired, among other publications. Find her on Twitter at @lizlandau. 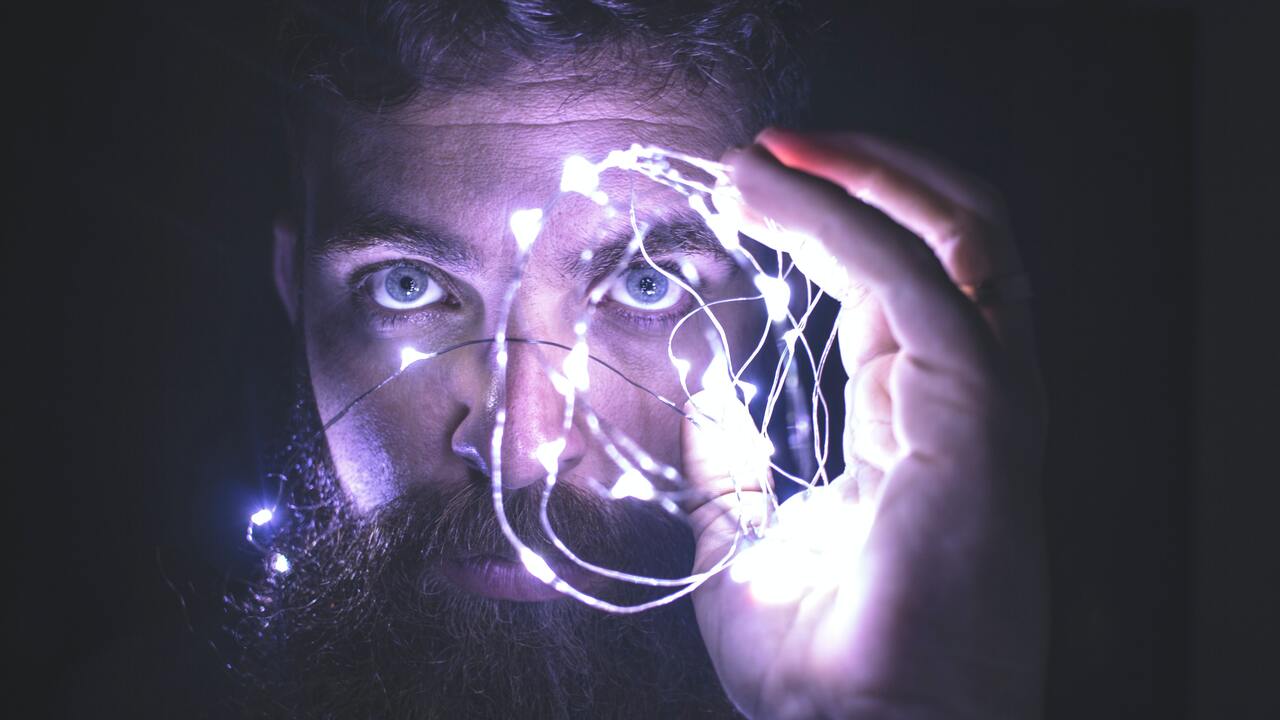 In “A Molecule Away from Madness,” Sara Manning Peskin explores the mysteries of neurological diseases. Book Review by Elizabeth Landau via Undark Magazine.