Evolving the capacity for far transfer of learning

How the science of change provides a model for understanding the ultimate goal of education.
Global ESD
Educational innovation and curriculum design, as part of our work within the Department of Comparative Cultural Psychology at the Max Planck Institute for Evolutionary Anthropology
Follow
Like Liked by Warren Raye and 1 other
2

In a recent NPJ Science of Learning blog, assessment specialist Rob McEntarffer argues that the aim of teaching for far transfer, teaching to empower students to apply their learning across significantly different contexts, is merely wishful thinking. Instead, McEntarffer argues: "Maybe we should just admit that far transfer isn’t likely to happen and focus on helping students get the specific, contextual training they need to achieve the skills they want right now."

The science behind McEntarffer's argument is pretty solid and not new (see the excellent and highly readable Kirschner & Hendrick 2020 for an overview). The argument, in short, is that all learning is situated within particular contexts and domains, and therefore, it is likely not possible to teach domain general skills such as "problem solving" or "creative thinking". So far, so good, we completely agree at a basic level here. McEntarffer, however, takes this logic a step further and suggests that far transfer as a goal of education should therefore be abandoned and instead we should be content to let students focus only on the specific contextual knowledge and skills they "want right now". This claim is misguided. Advances in conceptual learning (see Stern et al. 2017) can help us understand better options. Let us make this argument clear through the example of evolution science.

Evolution is the science of change. The theory of evolution emerged as a result of Charles Darwin's amazing capacity for transfer of learning (see Eirdosh, 2016, for a more detailed recounting of Darwin's insight through the lens of transfer). Darwin began with very context specific observations of biological diversity and a little knowledge about the age of the earth, and wound up advancing a conceptual network on the causes of change that have since been found to transfer far and wide. From the origins of life to present day species, and (arguably) from the emergence of the cosmos to the shifting tides of cultural change, and many systems in between, core evolutionary concepts relating to processes that produce variation and processes that change the frequency of those variants within populations have been found to be of at least some practical value for the understanding of wildly different domains.

As we argue (Hanisch & Eirdosh 2020), if we teach evolution as an interdisciplinary science with the aim of developing in students a conceptual understanding of the similarities and differences in change processes across widely variant contexts, we are indeed empowering them with something like (but not actually) a domain general toolkit. Given the general consensus on the impossibility of teaching domain general skills, this claim requires some unpacking.

On the one hand, helping students to see how processes of variation and selective retention shape complex systems can be viewed as the training of a domain specific skill - this skill set will only apply within the domain of evolving systems. On the other hand, because such an immense diversity of natural, societal, and technological systems have been profitably understood as evolving systems, the transferability of an interdisciplinary understanding of evolution is indeed far and, in practical terms, transcends the boundaries of otherwise previously distinct domains. In fact, we might think of far transfer as the use of higher level generalizations to transcend previously distinct domains of knowledge.

A good example can be found within the work of a leading critic of teaching domain general skills, education scientist Paul Kirschner, who has built his work at least partly on a foundation constructed from exactly this far transfer. Cognitive load theory (Chapter 2 in Kirschner & Hendrick 2020) is in fact based on the far transfer of evolutionary principles of information processing across biology and cognition (Sweller 2004; Sweller & Sweller 2006; Tricot & Sweller 2014). In other words, cognitive load theory utilized the far transfer of evolutionary concepts to break down previously distinct domains (biology and cognition, respectively) and created a novel super-domain (natural information processing systems).

Thus, in our view, Kirschner's work should not be used as an argument against far transfer, only as an argument against teaching concepts that do not transfer very far as if they do. If we want to achieve far transfer, we as educators need to first do the job of identifying the concepts and principles that do indeed transfer across domains (in practice - expanding the scope and defining a new higher level domain), and then design learning environments that help students make these connections (and yes, these learning environments will entail specific contexts and examples - again, see Stern et al 2017 for practical teaching models). We can not expect students to engage in far transfer if we don't give them the opportunity to practice this transfer in the classroom using conceptual networks that do actually transfer widely.

Of course some will argue that "not all scientists agree on the transferability of evolutionary principles across many contexts". This is certainly true (see Eirdosh & Hanisch 2020 for extended discussion in the context of evolution education), but critically, this scientific controversy plays out (or should be playing out) through the careful analogy mapping of similarities and differences of evolutionary principles across contexts (e.g. between biological and cultural change). Indeed, it is often critics of generalized evolution science that are simply not displaying appropriate far transfer skills. Regardless of these scientific disputes, the concepts of evolution science remain of such high import precisely due to their far transferability.

McEntarffer is correct to highlight the work of Paul Kirschner and colleagues in pointing to the context specificity of learning and the challenge if not impossibility of "teaching domain general skills" if such a notion implies simply teaching some untested "generalized model" of "problem-solving" or "creativity". When it comes to teaching and learning about modern conceptualizations of evolution science, this logic breaks down in a certain sense. Instead, the core conceptual relationships of evolution and their variable transferability across widely divergent systems transcend the boundaries of previously distinct domains for understanding our dynamically changing world. Given that our world is changing in directions many of us have reason to be concerned about, wouldn't it be great if we could evolve a more common language and transferable understanding of the core processes that drive these changes?

Eirdosh, D. (2016) What was Darwin thinking? A Lesson from the psychology of evolution. This View of Life. The Evolution Institute.

Kirschner, P. A., & Hendrick, C. (2020). How Learning Happens: Seminal Works in Educational Psychology and What They Mean in Practice. Routledge.

Global ESD
Educational innovation and curriculum design, as part of our work within the Department of Comparative Cultural Psychology at the Max Planck Institute for Evolutionary Anthropology
Follow

Global ESD works internationally to support sustainability education initiatives that connect concepts in human evolution, behavioral ecology, and sustainability science. By linking scientific perspectives on social change with students and classrooms seeking to make the world a better place, our aim is to foster a more global discussion about where we are going in the light of where we all have come from. Global ESD co-founders Dustin Eirdosh and Dr. Susan Hanisch are also researchers within the Department of Comparative Cultural Psychology at the Max Planck Institute for Evolutionary Anthropology in Leipzig, Germany.

Jay Somasundaram
over 2 years ago

However, far transfer is also possible through the other type of thinking (fast thinking, default mode network). Classic examples are the use of dreaming or music. How to use fast thinking can be taught. (Fast thinking far transfer could be characterized as creative thinking.)

Substantial learning (over-learning) may strengthen particular neural networks and therefore reduce the semi-random connections useful for creativity (why small children are often more creative?). However, far transfer, to be useful, needs the ability to identify and discard ideas that won't work - which does require deep subject knowledge. Furthermore, far transfer may also depend on two of the big five character traits - openness and disagreeableness (that is, a willingness to champion ideas in conflict with majority views).

Somasundaram, J. (2018). Paradigms from the Science of Learning: An Emerging Revolution in Education. ASEAN Journal of Education, 4(2), 1-14.

Global ESD
over 2 years ago

Jay, thank you for this helpful and interesting comment, I am looking at your work and it seems to add a number of interesting concepts and nuances to this debate. I encourage other readers as well to look at the 2018 paper referenced here.

What Is “Fair” Is Not the Same Everywhere

We teach behavioral science, but... what exactly is behavior? 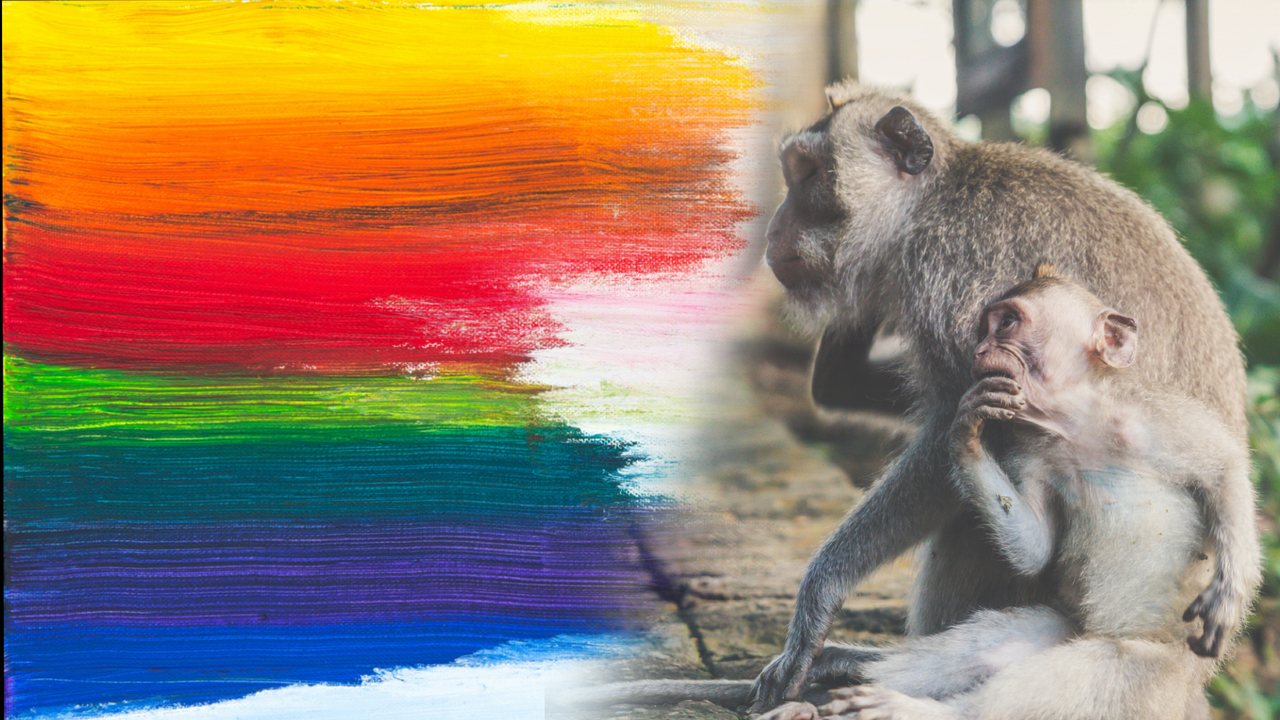 Evolving the capacity for far transfer of learning

How the science of change provides a model for understanding the ultimate goal of education.