In a unit of learning, we asked our students to go exploring where no-one else could follow … their mind ⎮ 4 min read
Christopher Muir
Curriculum leader - English, Genazzano FCJ College
Follow
Like Liked by Gabrielle Ahern
0

2020 was a year to consider and then reconsider our notions of stability and uncertainty, and how to deal with new circumstances and challenges. Emotions, too, were all over the place.

Faced with the prospect of teaching students online for a whole term during the COVID-19 pandemic, Genazzano FCJ College designed a unit of learning for Year 7 English (12 to 13 years) that aimed to unite an exploratory, reflective focus on the creative and cognitive self, underpinned by a rigorous interdisciplinary structure, with the film text “Inside Out” at its centre.

In the film “Inside Out” (2015) Riley is a girl whose idyllic childhood environment is thrust into the new and unknown, when her family moves to another city. This animated adventure story produced by Pixar Animation and released by Walt Disney, is set inside the mind of Riley and follows the cognitive, emotional and physical challenges she experiences.

Disney-Pixar story artist Emma Coats adapted the story spine from the film to Twitter, inviting followers to complete sentences with a response: Once upon a time there was ___. Every day, ___. One day ___. Because of that, ___. Because of that, ___. Until finally ___. These Twitter stories enabled the film’s followers to comment on and (with varying degrees of success and desperation) control Riley’s responses to new stimuli. It resulted in a cognitive chorus that reflected the characters in the film who represented the human emotions of Joy, Sadness, Anger, Fear and Disgust.

Brain researcher and author, Jared Horvath, drew attention to Coats’ story spine in relation to education in his book: “Stop Talking, Start Influencing: 12 insights from brain science to make your message stick”. He cautions that open-ended and online exploratory learning may simply be overwhelming for students saying that teachers should ‘use narratives to … build coherent frameworks through which to approach and understand a topic’ (Horvath 2019: 235). With this in mind, we started planning the unit of learning.

Learning at a distance: an interdisciplinary response

We were cognisant of the need to keep students engaged by challenging them and saw the circumstances of online learning as the ideal opportunity to test our teaching practices and expand their scope. So, from a unit that was planned, pre-pandemic, to encompass film analysis and a discussion of emotions surrounding adolescence, we opened it up to include neuroscience and creative expression. Yes, an analytical essay is an end-point, but is it always the best way to explore the nuances of a text and what its representations give rise to?

Howard Gardner, known for his theory of multiple intelligences, posits that ‘a discipline constitutes a distinctive way of thinking about the world’ (2008: 27). This, like a narrative structure, creates a series of known markers that are essential to understanding. Students are taught from a young age how to categorise and regulate their behaviour or the work they produce, based on the circumstances of the task at hand. Yet, a blending of disciplines, just as with a blending of narrative elements, better reflects the rich and dynamic nature of learning and life.

Our unit of learning, while grounded in the English classroom, drew on staff expertise in the disciplines of psychology and art. In keeping with Ron Ritchhart’s dictum: ‘a group of colleagues can act to prompt inquiry, encourage reflection, push thinking, and hold each other accountable for taking action’ (2002: 235); we took the time before the start of the term to see what was possible to help motivate students and ourselves.

During lockdown, students were spending a lot of time inside their houses and their own heads, so, the lessons were designed to help them inhabit this space reflectively. It was also important that they look outward, connecting and interacting with each other, the text, and other ideas through online learning. As such, student agency and identity became a major feature of our rationale. We wanted to make the most of these new learning and teaching circumstances to enrich students’ experiences and extend the discipline-specific focus of analysis, to something that drew on higher-order thinking, self-motivation, a growth mindset, exploration and engagement. David Price, whose book “Open: How We’ll Work, Live and Learn In The Future”, is an advocate of these things in education. He claims that an ‘industrial model of learning … not only creates enclosures, it promotes isolation and risk aversion’ and that ‘previous certainties have become dangerously unstable’ (2013: 89, 100). In 2020, there was already enough isolation and instability. We wanted something to counter that.

We began the lessons with a survey, the iLearn profile, that was specifically designed to gather information about student perceptions of their learning style, including individual strengths and challenges. This data enabled teachers to understand individual learners better and, for students, the survey provided an opportunity to reflect on their approach to learning from a strength base.

To further that process of reflection about learning, the next stage emphasised the brain as a unique aspect of one’s personality and the way it is linked to individual emotional responses. Students were able to share stories of their experiences that reinforced the distinct personality of each individual and their brain.

As well as these unique differences, we then concentrated on some general functions of the brain through a series of activities designed by the Director of the Genazzano Institute of Learning and Brain Sciences, Catherine Brandon. These tasks provided a scientific background that enhanced the narrative aspects of “Inside Out”. Students used specific terminology to demonstrate how they related to the events the characters were experiencing. Introducing the science in this way, gave the students a sense of ownership. They were able to interpret and apply theoretical knowledge to a fictional text.

This led, in turn, to English teachers doing what they do best, emphasising the way creative works represent emotions through symbolic codes and form-specific techniques. We complemented terminology such as cortisol with cause and effect, amygdala with mise-en-scene; a blending of disciplines that made our teaching all the richer. We delivered our lessons on analytical techniques and essay writing and were able to assess student responses in formative assessments and a final summative piece.

As the students’ knowledge of the text deepened, so did the focus on brain science. Lessons on neurodiversity and a deeper consideration of the brain’s functions in relation to both learning and identity built on the early exploration of individual learning from the iLearn profile. The picture book “Some Brains” by Nelly Thomas was used to generate further discussion. Students contributed to a blog post, sharing responses that considered form and content:

"This book was saying that people think differently and that is ok. It explored the ideas of variations of the human brain and how people act, think, learn, feel and socialise."

"The main idea of this book is to show and help kids understand that everyone thinks differently with different views and opinions, and it also encourages kids to be themselves."

"One literary technique that the author used is rhyme. The consistent rhyme scheme made the book more interesting and backed up what the narrator was saying about the way she thinks - she thinks in rhyme! I also found that the illustrator used a range of colours for words and pictures associated with different people. Each person has different characteristics."

The final stage of the unit was a creative task we called “Brain Story”. This task had two parts - an artwork and a written piece. To help with the art task, students were given a lesson on creativity and artistic depictions of the brain from our art teacher. We were also able to refer to tools of representation from our analysis of the film and picture book. The creative responses submitted were presented in a range of media: illustration, comic strip, collage, painting, word clouds, a ‘mood-o-metre’ and baking. The visuals ranged from subdued and monochrome to bold and energetic. Many moods were captured. The written work was as equally diverse, with personal work, humorous scenarios, analogies, dialogue, poetry and prose, and flashes of languages other than English, all finding a place in the collection.

In combining art and science, we wanted to emphasise each stage of the learning process as equally important - from initial discussion to final design. The mix of direct instruction, Zoom breakout rooms for interpretation, short writing tasks and planning processes for the more involved tasks, ensured a diversity of approaches. Using data from the iLearn profiles, we were keen to provide students with differentiated ways of working that would assist students stay motivated. The unit also provided an immersive experience that engaged students in a range of ways.

The growth experienced by us as teachers, too, mirrors the narrative of the film that originally initiated our planning. It was one of working together, embracing uncertainty and staying tuned into emotions, summed up perfectly by Nilsson (2013): ‘good teaching comes from a place that understands how and what students think and feel …. A partnership ought to be forming between the art of teaching and the science of learning’.

We aim to refine this synthesis of pedagogy, pastoral care and neuroscience into the future.

Nilsson., P. (6 May 2013). Sense and Sensation: Writing on Education, Creativity, and Cognitive Science. Manifesto: The Art and Science of Education. 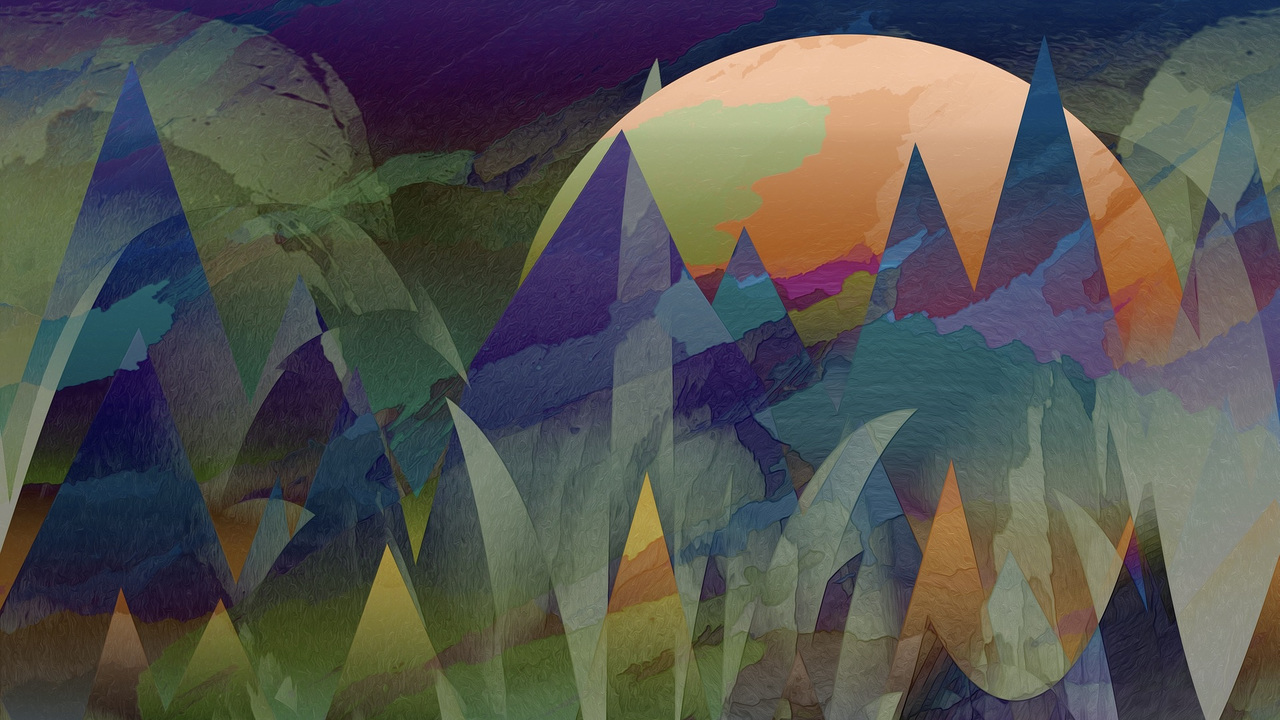 In a unit of learning, we asked our students to go exploring where no-one else could follow … their mind ⎮ 4 min read