How smart is an octopus?

The unique brainpower of octopuses – known for their intelligence and Houdini-like escapes – have been revealed by Queensland Brain Institute researchers.

He said octopus brains varied, depending on where a species lived, when it was active and if it interacted with other animals.

“The octopus is a master of camouflage, capable of solving complex tasks and their cognitive ability is said to approach that of some small mammals,” Dr Chung said.

“We investigated four species, including one deep-sea octopus, one solitary nocturnal species and two different reef dwellers active during daylight.”

Dr Chung said the octopus found in deep waters had a smoothed brain similar to marsupials and rodents, suited for its slow pace of life and limited interactions with other animals.

The reef octopuses had a significantly larger brain with some properties similar to primates, adapted for complex visual tasks and social interaction in a busy, well-lit environment.

“These octopuses have some remarkably complex behaviours not known in other octopuses,” Dr Chung said.

“For example, collaborative hunting with reef fish has been recorded, where the octopus usually leads and coral trout join by either actively seeking prey or opportunistically snatching small organisms flushed out by the octopus.

“The ability to receive and respond to gestures between different species as part of collaborative hunting demonstrates that octopus species have complex cognitive abilities.”

Listen to the The Grey Matter Podcast: Do you see what I see?  (28 min listen).

The differences in brain structures between species relates to the size of the brain’s surface area, with a larger surface area indicates a more complex nervous system and increased cognitive ability.

Professor Justin Marshall heads the team that was first to discover the differences in brain structure, opening the door to a better understanding of the complexity and evolution of these apparently “smart” animals. 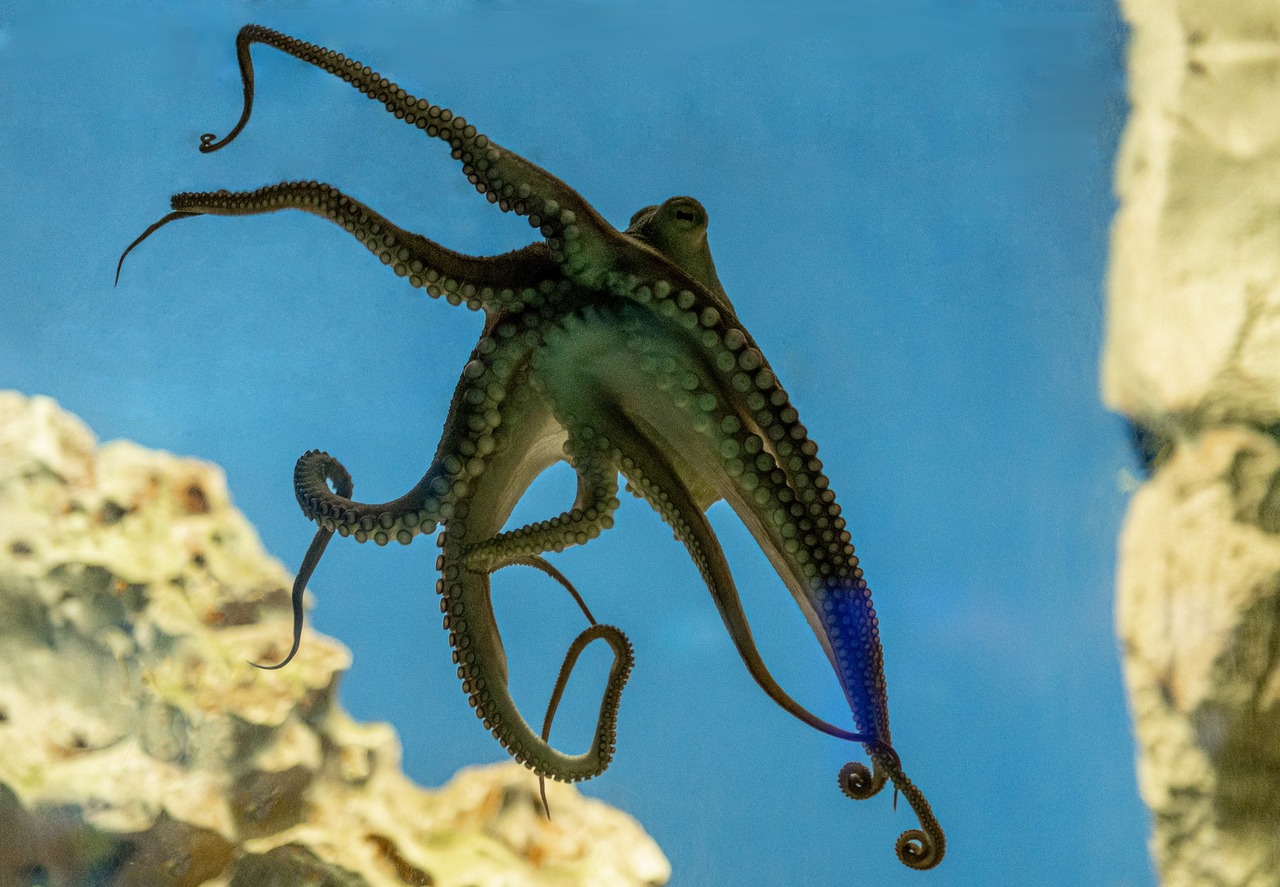 How smart is an octopus?