Pasi Sahlberg, professor of education policy at the University of New South Wales, reveals the heart of his research and professional interests ⎮6 minute read
Kylie Ahern
CEO, STEM Matters
Follow
Like Liked by Warren Raye and 1 other
0

Article by Bel Smith⎮Originally published by The Brilliant.

It is hard to qualify as a teacher in Finland. Ask Pasi Sahlberg.

He has been Director-General of the Ministry of Education in Finland, held a professorship at Harvard University and is now professor of education policy at the University of New South Wales. But after high school, when he tried to get into a teaching degree course in Finland, he was knocked back.

Entry standards for a teaching degree course in Finland are as rigorous as they are for medical degrees in other countries. Applicants are not merely judged by their test scores – though it helps if the scores are high – they're also tested on their suitability for teaching.

Sahlberg evidently needed to upgrade his approach to meet this test.

Finland’s focus on high-quality education gained the attention of the world in 2001, when the OECD published its first Programme for International Student Assessment (PISA) results – standardised tests which measure reading, mathematical and scientific literacy in 15-year-olds.

Finland topped the list overall. In the 20 years since the PISA tests were introduced, Finland has remained at or near the top.

The foundation for this sustained success was laid fifty years ago, during the 1970s, when Finland decided, as a national priority, to have a high-quality teaching system.

Sahlberg wants to repeat that success in Australia. Since 2018, when he joined the Gonski Institute of Education at UNSW, the Institute’s mission has been to address inequity in Australian education.

“Basically, everything we do should, in one way or another, aim at that target,” he told The Brilliant. “It is at the very heart of both my research and professional interests.”

Now Sahlberg, who joined UNSW’s Gonski Institute of Education in 2018, is working to apply lessons from Finnish education to Australia. And the Gonski Institute’s mission to address inequity in Australian education“ is at the very heart of both my research and professional interests,” Sahlberg says.

When Sahlberg compares his education on the edge of the Arctic Circle – where winters are long and cold and dark – to his own kids’ schooling in mostly sunny Sydney, the contrast is stark.

And it’s not just the climate. In Finland, children don’t start primary school until they’re seven years old. Even then, kids have no tests and the classroom atmosphere is informal and relaxed. Classes take a 15-minute “play break” after each 45-minute lesson, Sahlberg says, which helps students and teachers recharge before the next.

Students in Finland have less homework and fewer hours of face-to-face teaching than most other OECD countries. Teachers follow a curriculum but have more autonomy when it comes to instruction.

The opposite is true in Australia, where the stereotypical “no worries, she’ll be right mate” Aussie mentality does not extend to education. “The system and structures are gripped too tightly by the authorities that leads to conformity instead of creativity,” Sahlberg says.

Crucial to educational fairness and inclusion in Australia is reaching parents and changing their attitudes around schooling, he adds. “Everybody is seeking the best for their own child, and that’s exactly what I do as well. But not everyone has the same views on what the ‘best’ is.”

Australia tends to see education as a means to an end for each student: to attain the marks needed to enter university and get a job. Nordic countries, on the other hand, approach education as something that benefits society rather than just the individual, so there is less stress placed on students to perform academically, especially during their early years.

Besides, Sahlberg says, it doesn’t make sense to pressure kids to have a specific job when whole sectors may be automated or vanished by the time they’re of working age.

Disruptions to schooling are not necessarily detrimental to a child’s education, either. The COVID-19 pandemic, which shut schools for weeks and forced teachers and students into online and at-home learning, is a prime example.

Sahlberg says parents concerned that their child has lost valuable learning time are mostly thinking about basic subjects, such as reading and mathematics, but he suspects many kids learnt plenty while at home. An activity as simple as playing with Lego, for instance, fosters creativity and complex, higher-order thinking – more so than sitting in a classroom and following instructions.

Of course Lego won’t replace school, Sahlberg says, but parents should take a step back and ask: what is my child learning during play? “I guess that the answers will be very surprising because there’s a lot of learning going on.”

Instead of focusing on test scores, Sahlberg believes Australian schools should support children to learn more about topics they love, even if they’re not traditionally academic areas. Music, for instance, can help a child learn physics, mathematics or a language. Indeed, Sahlberg learnt English from Beatles and Rolling Stones albums, not his English teacher.

The central purpose of education, he says, is to help people discover their talents and passions. But it’s not happening as much as it should, and that’s leading to what he calls a “human resource crisis”.

We are sending hundreds of millions of children through our school systems every year with the attitude, ‘I don’t do anything passionately. I’m not good in doing anything’. That has been the key concern of Sir Ken Robinson as well.” he says.

When it comes to instilling in students a love of learning, starting earlier is better. Finland provides highly subsidised universal daycare for all children before primary school, where they’re encouraged to play and develop social skills. The thinking is by the time they’re ready for pre-school, children already love learning and are raring to go.

Again, there is plenty of room for improvement in Australia. “Why doesn’t one of the wealthiest countries in the world provide high-quality early childhood education for its youngest ones?” Sahlberg asks.

“Put your money in the zero-to-three-year-olds – that’s where we see the best rate of return to these investments. We know that, but we still spend our money on older kids when the returns are not that high anymore. That’s the kind of conversation we should have.”

Sahlberg did, eventually, gain admission to a university degree in education. After his teaching applications were rejected first time round, he studied mathematics and physics, earning a Master of Science in mathematics. It was only then that he successfully applied to the Diploma of Teaching at the University of Helsinki.

He graduated in 1986 and taught mathematics, physics and chemistry to high school students. So when it comes to tackling low mathematics participation and performance in Australian schools, Sahlberg has an idea or two.

Practically every primary school in Finland has at least one teacher who has studied mathematics where the mathematicians are – at university."

That in-depth knowledge means a teacher can then adapt their teaching style to suit their students, especially those in primary school.

“I was not teaching mathematics as I learnt it in university,” Sahlberg says. “I was teaching it as a language, or as an art, and a way to communicate your ideas and understand things, like Eddie Woo does here. But I was only able to do that because I studied mathematics enough.”

It doesn’t matter if students are able to solve all equations perfectly, or get every question right. Finding the most fun and fascinating ways to involve children in mathematics is the main goal at that stage.

How the Hip Hop Scientist empowers minority students in STEM 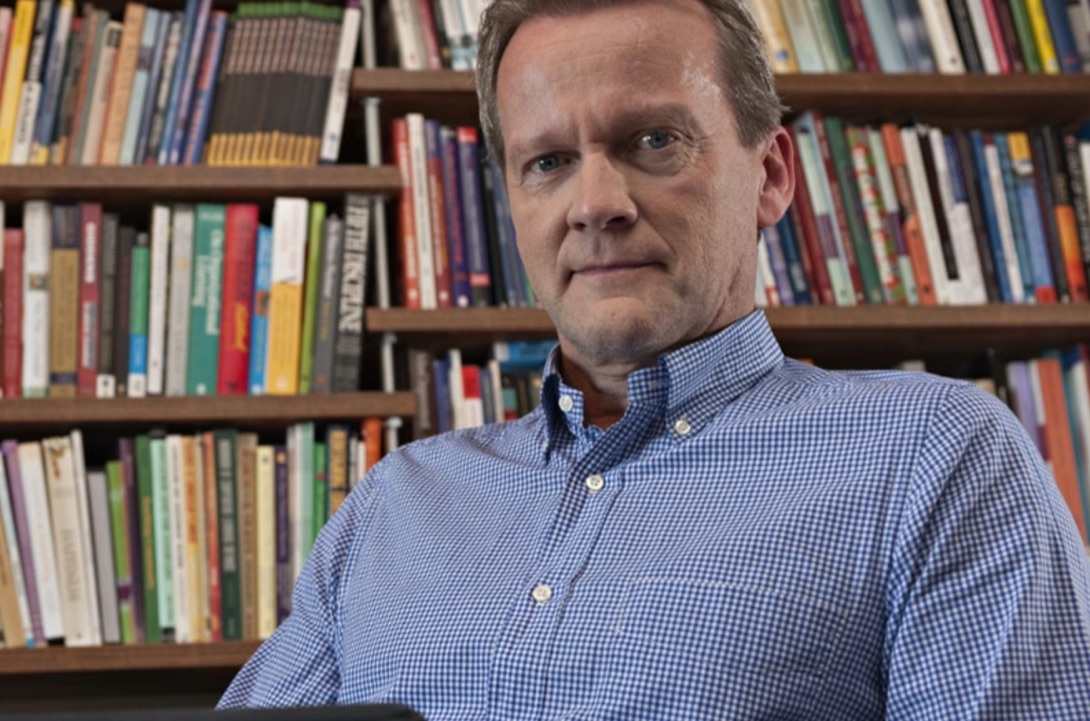 Pasi Sahlberg, professor of education policy at the University of New South Wales, reveals the heart of his research and professional interests ⎮6 minute read