The first human trial of a tiny device that reads brain signals is successfully allowing patients with paralysis to operate computers and phones with their minds. Story by Andrew Trounson & Rose Houghton on Pursuit │4 min read
Gabrielle Ahern
Content Creator / Former Managing Editor, npj Science of Learning Community , Salty Wave
Follow
Like Be the first to like this
0

In the last six months, his arms have lost much of their strength and flexibility, making it more difficult to use a keyboard or press buttons.

But what he can’t do with his hands he is now doing with the power of thought.

A small device called the Stentrode™ has been inserted into a vein that sits just under the skull at the top of his head, where it’s able to read his brain signals and wirelessly transmit them to a computer which then translates them into onscreen commands, like click and drag, directed by eye-tracking software.

With concentration and practice, Philip is now able to search the internet, type, check his online banking, write emails and even do some part-time work updating customer information.

“You have the sense that you are doing something you only read about in science fiction,” he says.

Philip is one of the first two people in the world now using the Australian-developed Stentrode device in a clinical trial, recently published in the peer-reviewed Journal of NeuroInterventional Surgery. Philip and fellow trial participant, 75-year-old MND sufferer Graham Felstead, had the Stentrode implanted in April 2020 and August 2019 respectively.

Both are now using the technology unsupervised at home in their daily lives.

The trial found that they are able to perform click-and-zoom actions, achieving an average click accuracy of over 90 per cent, and typing speeds of 14 and 20 characters per minute – faster if predictive text is enabled.

“To bring this technology to fruition, to now get it to the clinical stage where it is actually helping someone, is what we dreamed about when we started out,” says neurologist Associate Professor Tom Oxley, who first began exploring the idea of the Stentrode™ device as a University of Melbourne PhD student in 2011.

After he and University of Melbourne biomedical engineer Associate Professor Nicholas Opie secured initial seed funding from the US Defense Advanced Research Projects Agency and Australia’s National Health and Medical Research Council, they formed the Vascular Bionics Laboratory, a team of researchers, clinicians and engineers from Melbourne’s biotechnology hub.

The team eventually brought together the Royal Melbourne Hospital, University of Melbourne and the Florey Institute of Neuroscience and Mental Health.

Associate Professor Oxley and Associate Professor Opie have since founded Synchron Australia as the vehicle to translate the technology from world-first research to a commercial product with the potential to significantly enhance the quality of life for people with paralysis.

Much like traditional stents that are used to keep blood vessels open, the Stentrode™ is composed of a tiny scaffold that expands within a blood vessel to hold it in place; 16 tiny sensors are then mounted on it to pick up brain activity.

It was initially conceived as a device that could restore mobility to the paralysed, allowing them to control by thought a robotic exoskeleton attached to their limbs.

However, that is partly dependent on how robotic technology develops, while in the immediate term the team has shown that patients using only two or three thought commands can successfully operate a personal computer.

“Being able to control an exoskeleton is still the vision we have, but the current device achieves a shorter-term goal of restoring digitally-enabled function to a lot of people,” says Associate Professor Oxley.

Better performance can be achieved by implanting metal sensors directly into the human brain by cutting a hole in the skull, and is an area of ongoing research.

But University of Melbourne’s Clifford Chair of Neural Engineering Professor David Grayden, who has worked on the development of the Stentrode™, says what makes it so promising is that its placement in a cerebral blood vessel means that it is close enough to the brain to record neural activity effectively without being implanted in the brain.

“When electrodes are implanted into the brain there is a build-up of scar tissue (called glia) around the electrodes that degrades their ability to record signals. There is usually substantial degradation of many of the electrodes by six months and usually most electrodes aren’t really functional after about a year,” says Professor Grayden.

Unlike brain implants, that produce an immune response that leads to the scar tissue around the recording electrodes, the Stentrode™ is biocompatible and becomes incorporated in the wall of the blood vessel and isn’t in direct contact with the brain, meaning it can keep operating permanently.

And that longevity means the Stentrode™ has the potential to benefit a wide range of people suffering from paralysis, says Professor Clive May at the Florey Institute where the technique for inserting the Stentrode™ was first developed and successfully trialled in sheep.

“The long game is to put these devices in patients who may be paralysed because of a stroke or a spinal injury, but who may have many decades of life yet to live,” says Professor May.

The focus now is to carry out further trials.

Synchron has received Australian Government funding to expand the trial to hospitals in Sydney and Brisbane, while a third trial participant has already had Stentrode™ implanted.

But the main game is to secure approval from the Food and Drug Administration in the US as the crucial step toward making the technology available to physicians. That could include a US trial of about a 100 participants.

The procedure is carried out under general anaesthetic. It involves making a puncture in the jugular vein just above the collar bone and feeding a series of increasingly smaller tubes (catheters) upwards until the tip reaches the main vein that runs over the top of the brain beneath skull.

Guided by functional magnetic resonance imaging (fMRI), Royal Melbourne Hospital surgeon and principal investigator on the trial, Professor Peter Mitchell, can identify the brain’s primary motor cortex above which the Stentrode™ needs to be positioned.

“(The Stentrode™) is on the end of a very floppy lead and we have to drop it within a few millimetres of where we need to drop it,” says Professor Mitchell.

Once in place, the catheters are removed, but a 50 centimetre-long conducting lead is left attached to the Stentrode™ which is fed under the skin from the jugular vein to a pocket in the chest, in a similar place to where pacemakers are installed.

The Stentrode™ works by redirecting strong thought signals – for example, the signal used to raise your leg – and then programming a computer to identify that signal and translate it into a computer action.

For Philip, by thinking about moving his left ankle, he can perform a mouse click.

“It’s about re-training your brain to operate in a different way,” says Philip. “It’s just concentration, but like riding a bike it becomes second nature.”

Associate Professor Opie, who led the development of the device, says the learning process is similar to learning how to play a video game using a gaming console, where you don’t think about moving your fingers to push buttons, you think about the command or action you are trying to perform.

But in this instance, control is done using thoughts.

Associate Professor Opie says it isn’t just about teaching the patients to use the device, “it is about learning from them and how we can achieve what is of immediate value to their quality of life.”

“We are working closely with the participants to ensure that our technology can be used to control computers and applications that have immediate, life-changing value to them – they want to be able to perform the activities of daily life that we take for granted,” he says.

For example, Mr Felstead wanted his wife to feel free to go to the shops or into the garden without worrying that she wouldn’t be there if he needed her. So, they connect him to a messaging app which means that he can type out messages to her phone.

“One of the biggest things I’ve learned isn’t so much the impact the technology can have on the patient, which is obvious when you see it, but the impact on the carers and their ability to have more freedom and independence,” Associate Professor Opie says.

For Philip, it is now about pushing himself and the device as far as possible in terms of what it can do, not just for himself but for people who will come after him.

And he’s enjoying the ride into science fiction.

“If you ever get the chance to do it, do it. Seriously.”

“This article was first published on Pursuit. Read the original article.”

Stentrode™ was developed by researchers from the University of Melbourne, the Royal Melbourne Hospital, the Florey Institute of Neuroscience and Mental Health and the company Synchron Australia – the corporate vehicle established by Associate Professors Thomas Oxley (CEO) and Nicholas Opie (CTO) that aims to develop and commercialise neural bionics technology and products. It draws on some of the world’s leading medical and engineering minds. 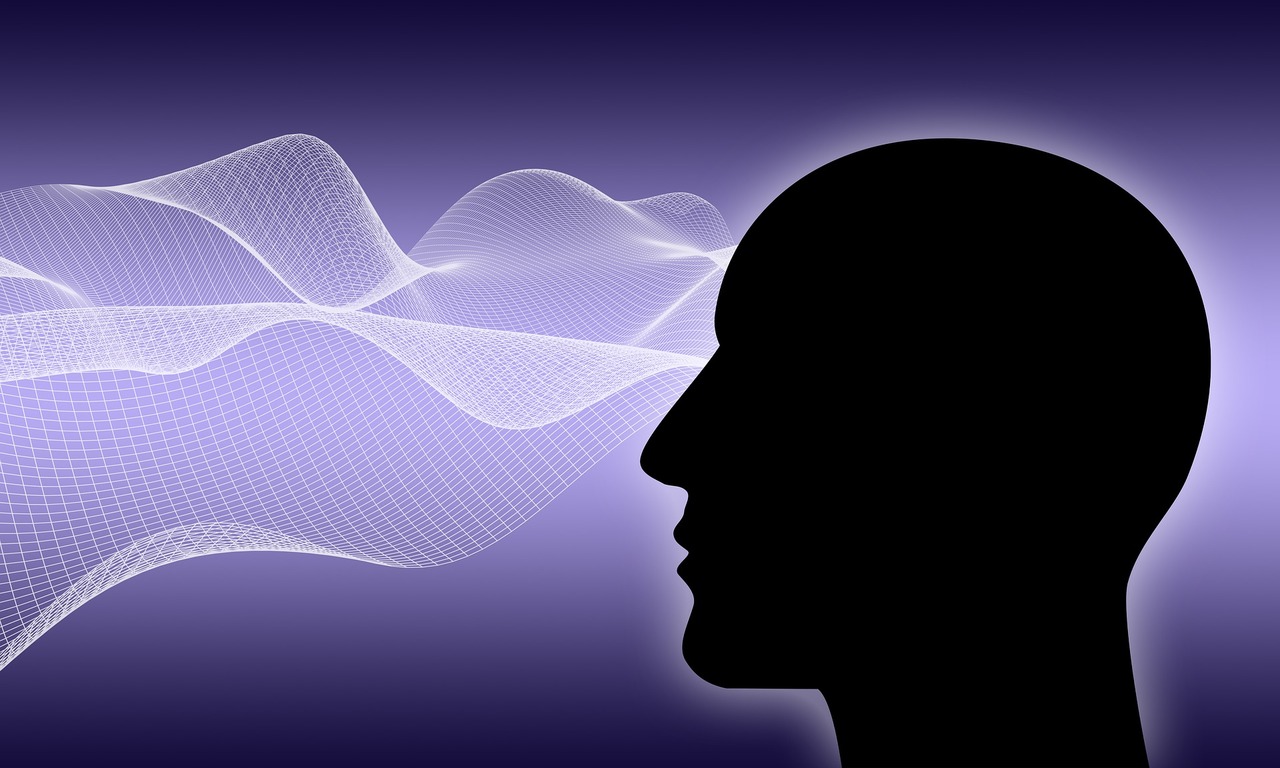 The first human trial of a tiny device that reads brain signals is successfully allowing patients with paralysis to operate computers and phones with their minds. Story by Andrew Trounson & Rose Houghton on Pursuit │4 min read